Life as the Ultimate Form of Art

If we define art as a form and quality of skills, abilities or technique that expresses and produces a useful, beautiful and desirable result in a given field, then life itself becomes the ultimate form of art to live it masterfully with joy.

The Art of True Romance

We all love the sun, but we also know that it can burn. We want love
and romance, but baffled when we become disillusioned.
So what is the secret and where is the missing link?

What Art Has to Do With Life?

While some people may disagree, but actually life itself is a form of art; thus similar rules and criteria apply in the creation of both. When we look at a piece of art, the first thing that strikes our senses is the dominating color. Then we become aware of the style of the art itself and third is the execution and the technical expertise in creating it. But regardless of the last two criteria, the first instantaneous impression of the art has a dominating effect on our senses, which effects the degree of joy and pleasure we feel towards the art and the purchasing decisions we make.

Illusion vs. Reality of Love

In our relationships, generally our instantaneous reaction to a potential partner is also through the eyes by noticing the physical appearance; and very secondary to this is the nonphysical attributes such as personality, achievements, material possessions, etc. The stronger our reaction is toward the physical and material attributes, the stronger is that imagined cliché: “love at first sight!”

Before we get to know the person hardly any at all, we quickly begin to “create” an “interpretation” of him/her in our imagination along with assignment of all sorts of values and expectations and willingness to do a number of “sacrifices” in order to have and keep what we “believe” to be the ONE in the name of LOVE and ROMANCE. 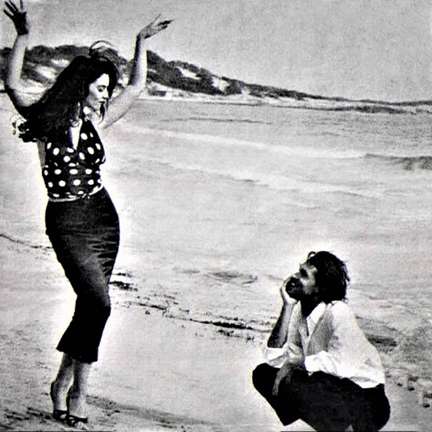 The Magic Pill of Admiration

Love in this context is very much blended with lust and physical attributes and gratifications – a superficial duality with hate that can quickly change place without warning, leading to pain, sorrow and bitterness. But here is the magic pill. The actual anatomy of a lasting “true love” is sympathy (relating harmoniously to someone else) and admiration. No matter who we are, first and foremost, we need to explore and fully understand ourselves before looking to enhance and complement our lives through a compatible partnership with someone else. In the absence of fully understanding ourselves, we are dealing with a hidden confusion within as to who we are, what we want and where we are heading in terms of our goals and aspirations, while hoping to find the ONE that is going to make us happy and complete. And in some cases looking for that perfect partner that is going to make up or all the past mistakes we have made.

What Do We Admire About Ourselves?

But most importantly, we must explore and think about what we genuinely admire in ourselves that can be a compatible attribute to share with someone else. When we are very well aware that the best quality admiration is the one we give ourselves, it is only through that level of clarity and refinement that we can honestly notice and admire the intellectual and spiritual attributes of others and discover true compatibility.

And when we discover and feel a draw of "sympathy and admiration" toward another being, through a patient, intelligent and objective exploration, free of physical temptations, it is only then that we can become blessed by the miracles of a fulfilling relationship; constantly engaged in creating vitality within a higher realm of consciousness, where the intellectual and spiritual essence of the relationship becomes the pivotal and the lasting source of strength and fulfillment.

Origin of the word ecstasy in Greek is a trance-like spiritual displacement, being outside and exist in a different and more orderly reality; an elevated state of  spiritual bliss and delight.

Ecstasy is a measurable sensation of freedom and a palpable, consciously liberated detachment from all but a single overpowering desire with the certainty that one is competently in command of his creations, with confidence, knowing that he will be witnessing his intended next act of creation.

This is a state often experienced – but not exclusively – by highly creative people in the arts, sciences and sports and others; a state much imbued with courage, commitment and the willingness to take chances, make mistakes and be wrong; a state that once attained, the fruits of its rewards become profoundly soothing, satisfying, meaningful and enduring.

Ecstasy is a state, where high level of skills and challenges come together with immediate feedback. It is a supernatural state of being highly focused with clarity; a state where time stands still, self-consciousness disappears and competence effortlessly and spontaneously merges with action under full awareness; a state that overshadows all other concerns.

Ecstasy is a highly addictive state of being. It is a dawning of a peculiar form of consciousness when dormant forces and abilities begin to awaken with a well concentrated awareness. It’s an endearing path of endeavor, requiring considerable skills and preparedness. It is reached unexpectedly in many ways during the course of one’s quest for enlightenment. It’s like suddenly witnessing the blooming of a new rose in the garden of one’s heart; and once its fragrance is sensed, its sensation of Freedom transcends one beyond any physical pleasures known before.

Ecstasy is a metamorphic state much like the peaks of the tides in the sea of enlightenment, fermenting the grapes of the soul into wine; and once the first peak is reached and deeply experienced, one continues to remain in its proximity and freely chooses to move in and out of it at will. This is the time when the ultimate meaning of truth begin to beckon one into communion with Divine Love.

Copyright laws and international copyright treaty provisions protect the entire content of this site.All materials have been published on the Internet by the authority of the copyright owner Iran Lawrence for the sole purpose of viewing only.Down loading, transmission, or any form of reproduction by any means, electronic, data storage, distribution, retrieval systems, photography, printing, photo copying, or otherwise reselling in any format now known or to be invented without the expressed and written permission of the principle of Iran-Lawrence.com is against the applicable laws.

To request copies or permission for reproduction purposes of the materials of this site, please contact the studio.

Deprecated: Directive 'allow_url_include' is deprecated in Unknown on line 0